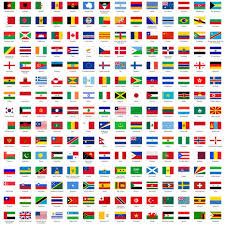 Richard Haas in a recent article argued that the US retreat and the consequent end of the, Western built, Liberal World Order will make a world “that is less free, less prosperous, and less peaceful, for Americans and others alike”. This short article wants to challenge this conclusion, to say that it could, but it could also represent the opposite: it is a question of perspectives. To argue so we need to challenge its definition of “World Liberal Order”.

First of all, it was a “world” order as it was dominated by the Bipolarism and then by the Unipolar moment of the US, but both of this orders ended (the first for the collapse of one of the two empires and the second for the retreat of the one left, given the unsustainability of “imperial overstretching” for both). But in reality, the order had been created by the winner of WWII, UK and US, and it was led by the West (in primis US that is why many refers to it as “Pax Americana”) while today could become really more “worldly” because of multipolarism. Many countries around the world want to have their say today and it is their right, now that the “Rest” is catching up with the “West”. The “Easternization of power”, to say it with a recent book of Gideon Rachman, shows that the balance of military, political and economic power has shifted far away from the West to Asia and this has to be taken into account by the West. Not only China and India but emerging powers with primacy in their regions desire to become the stakeholders of future regional structures, from Turkey and Iran in the Middle East, to Indonesia and the Philippines in South East Asia, to Brazil and Andean countries in South America. Regional orders are becoming more and more important with economic integration and the so called “collective security communities”, the first and oldest one being NATO, that after ending its expansion is concentrating now on defense of its borders. But there are other collective security communities in formation, first of all the Shanghai Cooperation Organization, with China and Russia leading it, the Association of South East Asian Nations, with Indonesia and Thailand at the center of the ring, the South Asian Association for Regional Cooperation, with India and Pakistan, the Organization of America States, with Mexico and Brazil as top player. The other two regions, Africa and Middle East, must resolve their internal domestic problems, before to think about a grand bargain among the regional powers. This shift from world orders to regional ones will save the preponderant power, still the US, from the risk of “imperial overstretching” of the hegemon, even if there is always the risk of the lack of order with the lack of hegemony (see the Hegemonic Stability Theory).

Second it was “liberal” as it was based on liberal values of free market and democracy, but the beneficiary of this system were especially the political and economic elites, not so much the billions of people that still struggle to achieve their human security needs around the world. This liberal order based more and more, with the time, on extreme forms of neoliberalism, liberism, and crony-capitalism, was the reason that created the enormous inequality of today, that has not end in its raising. And to end such type of liberal order could mean to limit the top-down liberalism imposed on people for the interest of the banks and great corporations, to create a more “inclusive liberalism” at grassroots level, with more inclusion for people, especially of lower classes, ethnic minorities, or discriminated people because of gender, age or different abilities. Nevertheless first, this can be done only if we pass in the West from “representative democracy” systems, often corrupted and representing the interests of the few, to a more “participatory democracy”, similarly to the ancient direct democracy, now that we have the technological tools that can help us to do that. We can look at the new “Five Stars Movement” (5SM) in Italy, that always represented a country that anticipates the trends for the Western world, being the creator of that Western civilization, from the Republic in Rome two millennia and half ago, to the Renaissance in Florence five centuries ago, to Berlusconi that arrived to power almost 25 years before Trump. This movement, born online, is the first party in Italy, and is foreseen that will govern soon the country. Its first policies will try to reduce inequality, cutting high incomes of politicians and introducing a citizen’s basic income, and to reduce the corruption of representative democracy, cutting public funding, forbidding convicted representatives to be in Parliament and limiting the mandates of lawmakers to a maximum of ten years. This is how populism could be used in a good way in other democracies too, at least provided that people can vote with the head on their shoulders, and not with the guts and the fake news of today. The problem though is that the end of political ideologies gave people insecurity on how to choose the vote and so before to give the power of “direct/participatory democracy” to the people, if we want to avoid manipulation and possibility of going back to tyrannies we need to do a formation of the people, teaching in the schools political literacy and civic education for example, and before to vote the citizens should be informed on programs more than on Facebook likes (Trump docet). The US will learn from past errors and the lobby system as well as the informational wars are things that America will be able to deal with in the short future.

Finally it was an “order” as no major conflict among great powers erupted, but it was not an order for external smaller powers, from the hot long battled in South East Asia and East Asia to the violence inside many countries, full of intra-state conflicts, with minorities repressed and securitized and dictatorial regimes supported by the West destroying their people and arriving at genocide attempts while the great powers tried to not look (from Balkans and Rwanda, to Myanmar and Syria today). The end of this “international order” therefore, could facilitate more order inside the countries, if external powers stop to meddle in other’s sovereignty and start to support actions that address the root causes of internal conflicts, fist of all economic causes, followed by political and social ones. Great power rivalry also, doesn’t exclude the support in the long term to the smaller powers, on the contrary can make competition for soft power of attraction, more that for hard power of sphere of influence, positive for the countries assisted. This is how nationalism and retreat to our own borders, today, could be used in good way: not for invasion and meddling but for respecting the dignity of any state. Great powers could deter one another while cooperating to solve global security, environmental and economic problems, that are the most urgent problems we have as humankind, from international terrorism to illicit trafficking, from climate change to epidemics, from stagnation to still presence of strong poverty. And again here the leadership of the US could be crucial, at the end of the day administrations pass but country’s values and missions remain.

Therefore, as we can see if we want to understand the advantage of living in an era of transformation, we can help to build more “Inclusive Regional Orders” with the lesson learned from the past. We don’t need to throw the baby with the bathwater, many elements of the old World Liberal Order can and should be maintained but also improved, first of all the leadership of someone that take into account the needs of all the rest, like the US could and should do in the future as it did in the past. It will be a long gestation, but we owe it to our future generations, that will hopefully live in peace one day on this planet.