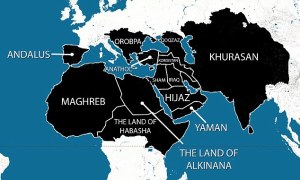 The beheading of 21 Egyptian Coptic Christians today, well shooted with high video skills as usual, keep on the path of expansionism and barbarization that in the sick minds of ISIS members should create the Western revenge in a sort of Clash of Civilization. Clash that will not happen and even if might theoretically be would result in just keeping down the Arab world instead of helping it to stand up again, after a century of colonialism and dictatorships guided by Europe and the US. Six months ago the American journalist James Foley was beheaded by a British militant of the Islamic State/IS remembered to the ‘West’ that the horrors of Al Qaeda not only didn’t stop but, after a dozen of years of Iraq disasters and a couple of Syrian ones, have been now overcome by a stronger terrorist group in Middle East, richer, more organized and for the first time with a territory that allowed it to build a sort of ‘terrorist state’. The declared goal of this ‘pre-modern state’ (based on submission instead of consensus) is to kill all who think differently from it, being them heretical like Shia or Sunni that are not following their interpretations of Islam, infidels like Christian or other non-Muslim minorities or ‘westerners’ like anyone coming from Europe or America (unless is in their group of brainwashed people) and build a caliphate that should extend from Spain to India (as the map shows).

To stop this terrorism that live between craziness and barbarity the EU decided last summer to start selling weapons to the populations that were resisting to the advancements of the ISIS (mostly Kurds) and start a military intervention based on strategic bombings. But those solutions, besides being late, resulted as we suspected not sufficient to defeat the terrorist group. We all know that to fight against this type of terrorism we need stronger military interventions and also longer term regional policies, and so hopefully soon the ferocious actions of this self-denominated ‘caliphate’ at the doors of Italy will make Europe reflects that its intervention cannot be delayed anymore. The awaking of the EU to its role of regional power, probably again with NATO as we did in Libya, will need to go together with the creation of bigger coalitions of regional powers (in particular Egypt, Turkey and Saudi Arabia) and regional organizations (Arab League and African Union). Even if Middle Eastern powers want to use ISIS for their interests against the neighbors’ ones they will have to come to terms with the fact that cancers when go in metastasis as the ISIS today are much harder to extirpate, so better to start when is not too late. The military actions that the US and Europe (may be with NATO) and regional powers will take in the near future in Libya, Iraq and Syria will decide the future of ISIS and most likely in a relatively short time this group will be reduced to another Al Qaeda with smaller power to harm (even if many analysts are warning about a near European 9/11). But the political actions, that should accompany the military ones, should also put the bases for the future order in the Middle East, as it is not postponable anymore to address the root causes of the terrorism and the consequences of the wars that since the partition of the Ottoman Empire one century ago tormented this area of the world.

What should be the long term policies in order to extirpate this metastatic cancer from the Middle East? President Obama in his speech after the murder of the American journalist last summer spoke about not only military intervention but long term solutions. Unfortunately today he doesn’t speak anymore about those, but just about the “Three years plan”. I am not very happy with his visions as we all expected him to be the “transformational leader” that the US in this era would have need. But anyway to stop once and for all from Maghreb to central Asia this type of barbarity, that appeal to the suffering of the people, manipulate Muslim religion to stimulate clash of civilizations, and use the weapons of ‘Western’ countries against the same Western countries that are too dependent on this industry for their economies, the world will need to address exactly these three main topics: 1) the arms trade to the area 2) the development and democratization of the states with the integration of the moderate political Islam and, most importantly, 3) the new regional order in the Middle East, that will have to deal with the suffering of the populations after a century of colonization and dictatorships. In other words a long term solution against terrorism and a lasting peace in the Middle East need to pass from the control of the arm exportation and financing of terrorism, the support to democratization processes that aim to modern states based on consensus and inclusiveness, and the facilitation sooner or later of a type of EU, a ‘Middle Eastern Union’, that will allow integration, stability and prosperity. It seems an impossible dream for the XXI century? Also a European Union seemed impossible one hundred years ago with the end of totalitarianism and millennial conflicts (in particular between France and Germany) but it happened (even if after two world wars) so we need to believe and work for giving back also to that area of the world the tolerance and prosperity that the Ottoman Empire guaranteed for centuries. It is time for the Middle East to govern itself, as Sachs says, and there are powers that can do it during this century.

The first element, the control of the arms exportation, needs to address the arms flow from both ‘Western’ and Arab countries to these terrorist groups. How to do it for countries so dependent on this industry is the question. The quick answer would be to become less dependent on this industry but in the meantime an international moratorium from Arab League and EU/US/Russia would be also urgent. The second element needs a longer process for the facilitation of economic development and political democratization, first of all because democracy and development are never ending processes that needs inclusion and pluralism and not the easier ‘tyranny of the majority’ (realized recently by inexpert Islamist leaders as Morsi or al-Maliki). Second because the type of democracy adapt for Middle East will not necessarily resemble our ‘Western’ system based on secular state or complete division between Church and State, and instead will have to born from the grassroots level of every country, with also the possibility of “unsecular democracies”, as Jocelyn Cesari explains very well in her last book (1). Finally the issue of democratization will have to go together with the third element, the promotion in the future decades of a new regional order, to answer the needs of security and stability, that a decolonization made with geometrical partitions and secular dictators answered just temporarily, with disastrous consequences today. A regional integration in the Middle East as it happened in the European Union will not only create lasting peace and security but will show that civilizations can learn from each other instead of clash and that terrorism is a global security threat, for everyone, a transnational challenges of our times (like climate change, pandemics, organized crime or gender violence) and cannot be linked to religion, culture or ethnicity. Globalization and transformational leaderships instead of political leaders that foster hatred and bloody conflicts might make possible collective security communities even in a ‘realist’ geographical area as Middle East. We could even think to a sort of confederation in the future also between Israel, Iran and the Arab League. But we need visionary leaders, active citizens and political will of international community to do so.

Will the Middle East be able to do it in the first half of this century avoiding the risk of a world war like Europe experienced one hundred years ago? The future will say it as it will depend on many factors, but the most important thing will be the political intention of the local governments (especially the regional powers that stay at the four corners of Middle East: Turkey, Iran, Egypt and Saudi Arabia) and the one of the world powers that have always a say in it, in a way or in another, in particular United States, European Union, Russia and China. If the local governments, with the drive of their people, will decide for the ‘future interest of all’ instead of the ‘present interest of mine’, anything will be possible and a first international conference for a new regional order could be called even today by the UN together with the African Union or Arab League. It would be the rebirth of these moribund organizations and may be the occasion to reform them too. In the meantime Europe should think to some kind of military intervention to contain the international threat of ISIS. It will not be easy for Europe, that since WWII never had to think about it, and it hoped that peace would have been forever. But unfortunately, in a connected and globalized world, either there is peace for everyone or peace for nobody.

(1) Jocelyn Cesari. The awakening of Muslim democracy. Religion, modernity and the state. Cambridge UP, 2014