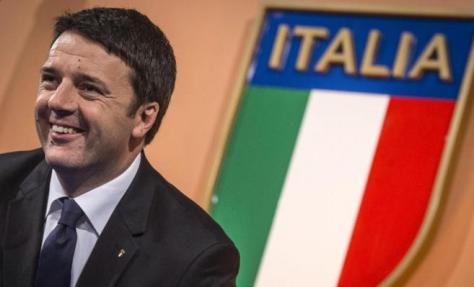 Italians voted no to the proposition of institutional and constitutional reforms, which was agreed by the Italian Parliament for the first time after almost 70 years since the “Costituente”. The Italian Parliament was following the strong acceleration of a post-ideological modern Government, again the first of such governments in Italian recent history. But in a time of increased transparency, empowered individuals and bottom-up democratic tools (first of all the use of referendums) the confidence of some Western leaders to appeal to popular support in order to increase their legitimacy has turned to be a big mistake. From Cameron to Renzi, leaders European leaders believed that they could bring the people on the ship of their vision for the future. But they forgot about one thing: the deep culture and identity of their societies. Exceptionalism for British people and conservatism for Italians. Who will be next? We hope no Merkel even if we are not so sure (Hollande avoided such risk with his recent decision to not seek re-election).

Italians don’t like change, they live in open sky museums, adore their traditions and have a culture of self-governance and “make do” that survive better in government instability than in the opposite scenarios. Italians, even if they always criticize the politicians for being corrupted and not wanting to change, prefer weak corrupt governments that keep the things as they have always been (that’s why Berlusconi reigned for around a generation) than  strong stable governments that could really change the things, including asking the citizens to behave. Besides that, Italians have always been afraid of Communism, before with Fascism demonization and after with the one of Christian Democracy, making a left or liberal government, almost impossible to survive for long time in the country. That, together with the economic stagnation and the manipulation of information in a post-truth, post-fact society, fueled by opposite politicians with a hate narrative rarely seen before, made the result of referendum. But how Italian referendum result enters in the long run of Western liberal democratic crisis?

As said in the previous article on the US, the three “Ps” are very evident also in Italy: increased Poverty, with inequality and intellectual unemployment (involving in particular the middle class); extreme Polarization, in particular between nationalist and cosmopolitanists (not much between Leftist and Rightist that is not anymore the real division of the socio-political spectrum in Western democracies); and spread Populism, or anti-establishment feelings (in particular distrust for corrupted and distant elites). These phenomena are growing in the Italian society since almost a decade. Since more less the Euro consequences (in particular the raised prices) started to couple with the economic crisis, the migration crisis arrived, and the social media technology started to empower individuals and at the same time polarize them. The populist feelings in particular against the corrupted party system in Italy, the “casta”, started to be channelized in particular by the 5 Star Movement, a bottom up movement that is using Internet as E-democracy already since 2005 with the blog of a Comedian, Beppe Grillo, and the use of Meetups (using the American born Meetup idea) and arrived to be the first party voted in the Parliament (even if not the first represented because of the electoral law, another degeneration of the electoral system, like in the US)

Besides these “first layer” reasons the democratic crisis in Italy can be seen also as an identity crisis, as said in the article on US, because of increasing immigration, women empowerment and international integration. Italy, like the rest of Western rich countries, started to be afraid of having to share the wealth with poorer people, first of all economic migrants but also refugees, and risk its identity dilution with the creation of a melting pot society (and in the last 3 years the number of immigrants in Italy increased exponentially with the Middle Eastern refugee crisis). Italian men, ruling the country, its families and its society since the Latin times (similarly to the rest of Europe) started to be afraid of having to share the power with women (and this actually was the first government that among other things had 50% of women). And the Italian nation state in itself, existing since 4 century (since the Peace of Westphalia in 1648) started to be afraid of having to reduce its sovereignty with new supranational actors, first of all the EU (this was one of the most pro-EU governments, accepting the decisions from the EU even if using the rhetoric of anti-austerity) reducing therefore its ontological security.

Therefore in Italy as in the US we are on the right track towards the democratic natural crisis. We need to see how we use this crisis for the good and not for the bad, not only in Italy but in Europe. Even in the worst case scenario that the EU will fail and disintegrate in the next decades what is important is to know who will take the lead for future new alliances and integration processes. We will not have a pre-WWII scenario because of economic integration and because Russia will always be there to make European continent cohesive (hopefully with the constant support of NATO). But as a recent article on Foreign Affairs said: “Populism is gaining ground. Around the world, economic hardship and growing unease with globalization, immigration, and the established elite have propelled such movements into power, leading to a groundswell of public support for parties and leaders viewed as capable of holding the forces of cultural and social change at bay.”[1]

What we know is that strong leaders will not make a democratic renaissance against the establishment, as they promise, on the opposite they will deepen the democratic crisis, gradually eroding the liberal elements of our countries, as expert populists around the world from Chavez, to Erdogan to Putin, showed. This is the risk in our liberal Western democracies crisis too, at least until the citizens will not take back the lead of the future in their hands through their civil society, with new associations, movements, parties and organizations at grassroots level, and not lead from top-down. The political establishment has to be checked and controlled by these civil society associations to reduce corruption and increase vision, even if cannot disappear as representative democracies needs politicians. But these politicians can be more “representative” of the people, more “spokespersons” like the 5SM try to build. Otherwise we will have fake democracies with strong leaders, that will hide what they really are: autocracies, or as Plato said, new tyrannies.

[1] Andrea Kendall-Taylor and Erica Frantz. How Democracies Fall Apart. Why Populism Is a Pathway to Autocracy. Foreign Affairs, December 2016.