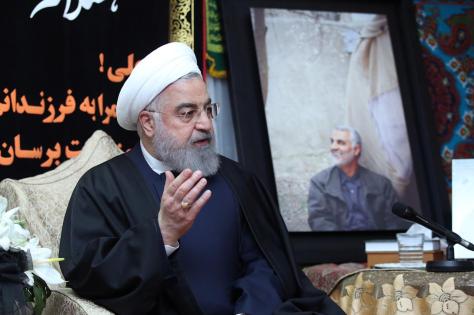 Obama’s priority for Middle East was supporting US Allies, first of all Israel and Saudi Arabia, while doing “constructing engagement”[1] with Iran, which terminated with the famous nuclear deal. Trump instead, while maintaining and reinforcing the strategic partnership with US Allies, since 2019 started to weaken its eternal rival, with the “maximum pressure policy”, leaving the JCPOA agreement that gave temporary advantage to Iran, reinstating the sanctions to rebalance the power.

A recent Foreign Affairs article argues that “Tump’s Iran imbroglio undermines US priorities everywhere else”, calling out the cost of an incoherent foreign policy, as Trump seemed to go from pulling out from Middle East to engagement, with “expanded American aims across the Middle East—focusing above all on Iran…with a policy of economic strangulation—known as “maximum pressure”—with no objective on which his administration could agree.” But is Trump foreign policy towards Iran and Middle East in general really incoherent, or is showing instead real coherence for a better grand strategy to win the Cold War with Iran finally after almost 40 years, with an implosion of the Ayatollah regime similarly to what happened with Soviet Union?

The Middle East (or better West Asia, given the fact that “Middle East” is a Eurocentric concept) has always been the pivotal region to “command the Heartland” as Halford Mackinder, one of the founding fathers of geopolitics and geostrategy, said.  The Obama’s pivot or “rebalancing” to Asia has never been very convincing, and after the post-Arab Spring chaos, the birth of ISIS, and the proxy wars in Syria, Iraq, Yemen and Libya, the US have been pulled back to the region, even if not anymore with an old style increased presence on the battle ground but with more modern complex hybrid warfare. The fact is that West Asia is the pivotal area for geographical reasons, with three regions converging on the contested space the “Fertile Crescent” (the Syria-Iraq region, called today also the “Shia Crescent”) but even for historical ones: not only the cradle of civilizations and of the Abrahamitic religions, but the area where Turkish, Iranians and Arabs clashed (with the Kurds in the middle, always repressed or excluded) and where Shia and Sunni also fought. Iran, like Turkey, in its history has been always defiant and proud of its civilizations and empires, trying often to dominate the “wild” Arabs. So, to speak about Iran is to speak not only of the current “revolutionary regime” of Ayatollah and the Islamic Republic, but of an ancient nation, with sophisticated people and history, besides economic power and geopolitical crucial position. This should be taken into consideration when we talk about grand strategy for Iran and West Asia.

The US should have a comprehensive long-term strategy and not a fragmented or changing one if wants to win also this Cold War, that’s true. But this doesn’t mean that Trump actions reveal an incoherent strategy. On the opposite. At the end of the day the coherent strategy of Containment lasted 4 decades, before to be successful, and required different regional wars and global actions. To contain Iran too US tried with regional wars (Afghanistan-Iraq) and a Western embargo, but then the birth of proxy wars and the diplomatic cooperative approach of Obama presidency changed the situation, giving Iran more power. Trump administration started with the strategy of “maximum pressure” that is actually giving its own results. The US should therefore keep and increase this pressure, like is doing now, transforming it in a “weakening engagement”, close in some way to the “containment” strategy, but balanced with a more offensive policy, similar to the “roll back” that US didn’t really use towards Soviet influence across Europe and Asia (but that was another rival). This will really help US to do a better deal with Iran, not with the Ayatollah but with a new regime, when the moment of regime change will arrive (from inside the country as always must be in order to be sustainable). When people will be fed up of the regime propaganda and repression, the citizens themselves will topple the dictatorship masked by “Supreme Guide”, in Iran as anywhere else.

The clearest demonstration that this weakening engagement is the best strategy is the fact that when the US arrived to a deal with Iran after 36 years of division, Iran was not weakened but reinforced. Instead, the art of the deal, Trump docet, require that deals must be done from a superior position, otherwise they will be good for the other part not for us. The weakening engagement has shown to be working very well already, as after the assassination of Suleiman Iran practically only reaction was an own goal: killing Iranians on the Ukrainian flight. Showing not only the unwillingness to really revenge with a full attack against US military bases, to avoid an escalation that Iranian regime could not win, but also the inability to use the most advance weapons, like the missiles that shoot down the airplane. Therefore, the weakening of the regime is already very evident, besides the protest that are going on in the country.

So how this coherent strategy should be maintained in this decade? The weakening engagement strategy should be maintained first of all with economic tools, as economic crisis is always the first reason of protests against a regime. The economic embargo is already giving its fruits (Iran economy is expected to shrink almost 9% in 2019/2020 according to World Bank). The second threat to the regime will be the democratic and modernization desire of the youth. And here will be important to support the demonstrations as usual but also to engage with the soft power of Iranian people, their culture and history, showing to the world that Iran is much more than a Theocratic regime. The third threat to the regime will be the imperial overstretching, with regional influence not able to be held anymore with economic shrinking. Imperial overstretch and economic stagnation are a tremendous cocktail against the survival of a regime, as Roman empire learned almost two millennia ago and Soviet Union more recently. And the Syrian, Iraqi and Yemeni wars, together with Hezbollah support in Lebanon, already made Iran starting to suffer from the regional engagement, making the Quds Forces on the first line of efforts. The final important thing for this strategy to work is to continue with the escalation, to make Iranian regime weaker and weaker.

So, what will be the main drivers of escalation for Iranian foreign security policy in this decade with the US? The first will the efficacy of the US maximum pressure campaign/weakening engagement strategy itself. If there is high level efficacy Iran will have to follow up with more escalation. Then there are the political factors in Iran, which are based on religious ideology, military strategy and elites’ power. If Iranian hawks will remain in power, then the escalation will continue (Iran will have also crucial parliamentary elections in February that will affect all this) creating more division in the internal power struggle with elites. Finally, is important to see the Iranian regional gains: if Iran perceives that is gaining in the region that will make escalate more. But the end of the day a proxy militia is an “active resistance” militia for Iran, so ideology is the real final driver for Iran.

In the meantime that the weakening engagement works, it is fundamental to maintain the alliance with US traditional allies in the region, obviously the Sunni powers of Saudi Arabia, Egypt and Turkey, which represent Washington’s comparative advantage towards Iran who has no allies, apart a strategic relationships with Russia (but not and ideological alliance based on values and historical bonds). The most important US relationship to make the strategy work is the one with Israel. The relationship with Iran is strictly connected to the existence of Israel and to the Israeli-Palestinian peace process, as Iran consider Israel the main enemy, illegitimate occupier of Palestinian land that will have to disappear. The irony is that with this stance the Ayatollah declares their own end, as there cannot be coexistence between Iranian Ayatollah regime and Israel, and obviously Israel will never disappear from the maps. Today Trump will reveal its Middle East plan, even if we know already that Palestinian Authority will not accept it as a Palestinian PM already said that Trump plan will “finish off Palestinian cause”. Kushner last year presented the economic part of the plan, with 50bn$ investment to drastically improve the Palestinian economy, but the political plan doesn’t satisfy Palestinians, nor the Iranians, as it doesn’t support the two-state solution.

Iran prefers to avoid a major war, that’s why it maintains unconventional forces and proxies, instead of engaging in a total war with stronger powers, as Iran never won a war, and a war with US and Israel would obviously be the end of Iranian regime. But in the long run with the weakening engagement proxy wars will not be enough to maintain Iranian sphere of influence in the Shia Crescent. And even if Iran will not do the first strike, with increased assassinations (the first one will be probably the new chief of Quds Forces as US envoy recently said), clandestine operations, cyber warfare, unmanned vehicles attacks, etc. a major military engagement could be forced during the decade. The issue is to see if this will be accepted by a hungered and angry population. That will be the moment of truth of the Iranian regime. If not, the internal “rift” that will be created by the weakening engagement will do.

[1] Similar to the Reagan “constructive engagement” for South Africa