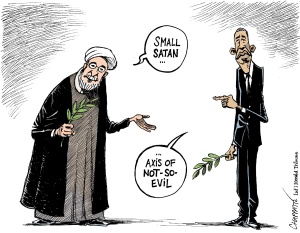 The next few years will be of fundamental importance to the future of the Middle East, the ‘pivotal region’ for the US and world order in the XXI century, but this month could be the turning point. At the beginning of XX century nobody would have thought that Europe was going to have the worst first half century of its history, even if followed by probably the best second half century. Today it is difficult to imagine how will be the XXI century for the Middle East: could be catastrophic or surprisingly idyllic, but probably will be neither of one. Both historian and political scientists have difficulty to predict the future everywhere and in the Middle East even more: while the firsts today need to avoid easy analogies the latters need to build a new paradigm for understanding the current international system. In our era of globalization, complexity and constant mutation of the international system it is difficult to reach the goal of reducing the uncertainty of the future, and the Middle East is one of the most difficult regions for such objective.

Admittedly, the Middle East has always been one of the world’s crucial regions and, for the past several decades, for the United States as well. Notwithstanding a reported US “pivot” to Asia, the Obama administration has recently been pulled back into the Middle Eastern quagmire. This was already true after the dramatic events of 9/11 and the subsequent Iraq war; but it is even clearer today, in the context of the civil wars and the new terrorist groups that have been born since the Arab Spring. Faced with lesser domestic and political pressures during the last two years of his second administration, Obama is at a crossroad: will he end his mandate with some positive achievement that would confirm he deserved the Nobel peace prize and that his new approach to American foreign policy, based on dialogue and non-intervention, was real and not a rhetoric proposition? Will the Middle East be the region where he will show his skills of a transformational leader?

I think that even in a so called ‘post-American/post-Western’ world, the United States will still play a fundamental role as the ‘international leader’ in the Middle East. The future of the Middle East (as the future of the world) may well be post-American and post-Western but it will not become non-American and non-Western as the United States remains a crucial actor. But I also think that the US will not be able to play their role effectively without the support of new regional powers. This means that Israel and Saudi Arabia cannot remain the only countries that the US feel comfortable to cooperate with, and more partners and allies will be needed for the United States to recuperate the efficacy and legitimacy lost in Iraq, to help solve the Middle Eastern conflicts. More specifically, two other regional powers should be included by the US in the Middle East chessboard, in order to build in the future a ‘peace to end all wars’, to paraphrase the sentence of Wilson one century ago — two non-Arab Muslim countries that have millenary civilizations and recently re-emerged as significant regional powers: Iran and Turkey.

While the US and Iran have been bitter rivals in the Middle East for 34 years, their conflictual relationship is increasingly difficult to sustain. A possible rapprochement, announced with the recently-launched nuclear talks will not be easy, but will be possible. It will require, among other things, also to convince Israel that a deal will be sooner or later make, and that the case of a future nuclear Iran would be manageable, allowing Iran’s return to the international community but at the same time guaranteeing the protection of Israel. In order to reach this goal the US might need the support of other regional powers, including one – Turkey – that is a NATO ally and could become the second stronger US ally in the Middle East after Israel. Six years after Obama entered the White House he does not seem to have a clear strategy yet, not only because of the chaos in the Middle East but because the US finds it difficult to deal with a multipolar world, being much more at ease with the bipolar world of the Cold War. But if the US wants to retain its leadership and ‘soft power’ in the world needs to have a clear strategy and efficacy in implementing it, and the last two years of the Obama administration (with a majority of the Congress in the hand of Republican opposition) could force the President to take bold actions in this direction. The first of this bold actions should be a nuclear deal with Iran at the end of this month.

The nuclear issue is first, to be sure, but there are other issues too, related to stability and peace in the Middle East, which cannot be postponed much longer as time is running out, from the ISIS war to the Arab-Israeli conflict. The factors of mistrust have not changed between the US and Iran for 34 years, but Obama seemed to wish to abandon this road to nowhere. From his speeches in Cairo and Oslo (where he received the Nobel Peace Prize) in 2009 it took 5 years to arrive to the ‘Geneva interim agreement on the Iranian nuclear program’ in 2013, the first treaty between US and Iran in 34 years. But diplomacy needs time and patience. Will Obama be able to become the transformational leader that he wanted to be with the Iranian détente? Or will he fail to bend Iran allowing the crossing of the red line? This is the test for America in the nuclear deal with Iran. That is why a deal at the end of November is a must, as it could really start a positive rapprochement with spillover effects for the stability of the region, in the long term, that we cannot even imagine right now.